In ancient Greek, Crisis was not only the word to describe an unstable situation, yet naming the chance arising from the status quo.

Remote from the main political stage, Krisis records the daily life in and around a Solidarity Clinic in Piraeus for about 2 years, starting with the election victory of Alexis Tsipras’ SYRIZA in January 2015. In the clinic around 80 neighbors have organised alternative health care provision for those fellows who are in desperate need. In response to the developing catastrophe the collective have set up their own structural adjustment program.

The film is a poetic portrait of three activists, Elena, Vasiliki and Fotis, who understand the state of crisis as a starting point for a radical change and consider their solidarity a fundamental human value. Though worn out and disappointed by the ongoing political events they know there is no alternative to commitment. They work night and day to the point of exhaustion to make their dream come true – a better world. Solidarity has become even more urgent with the arrival of thousands of refugees stranded in the port of Piraeus, after a continent closed its borders in Autumn 2015. 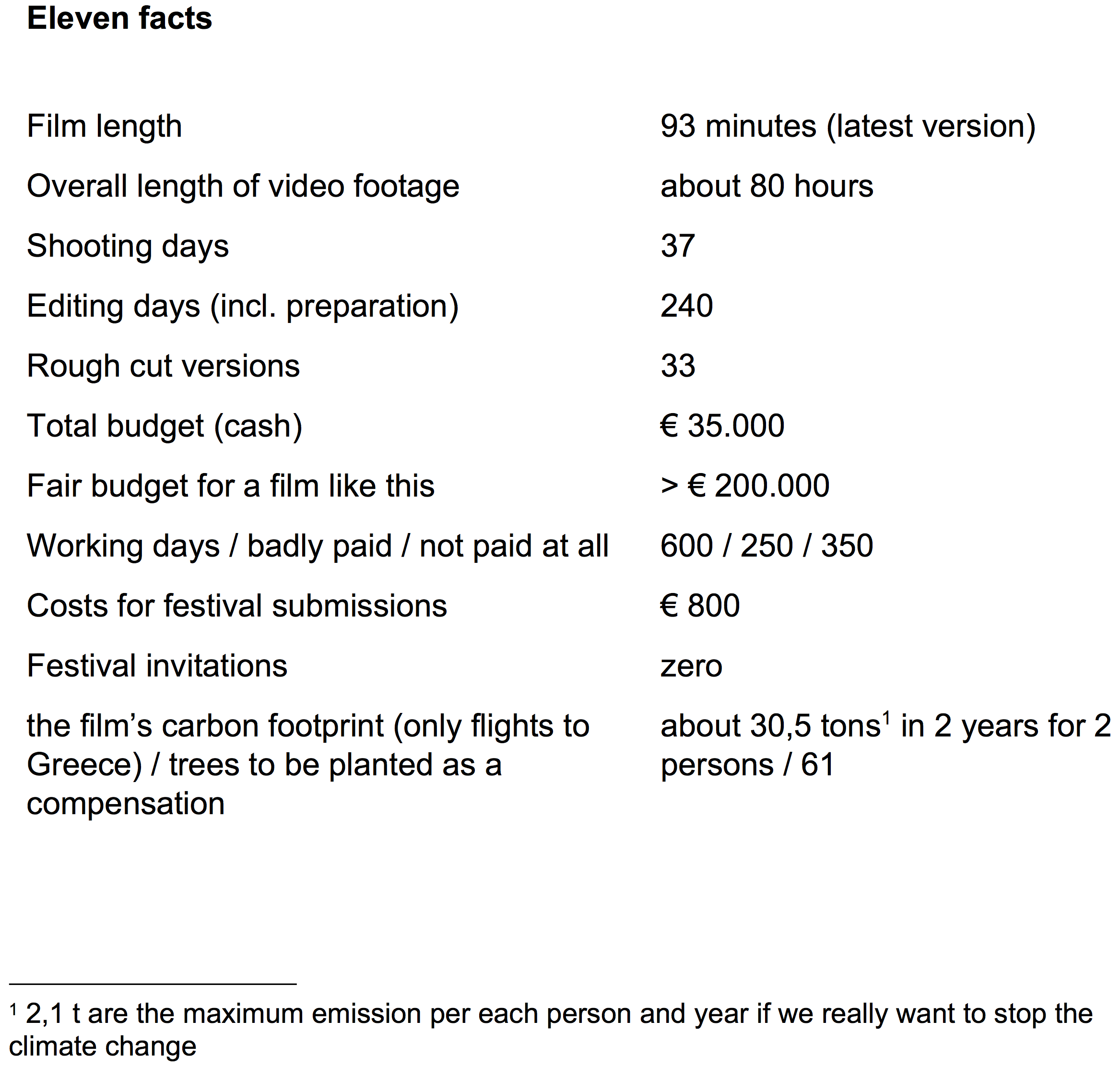